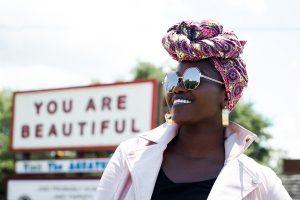 One way to foster self-love is to join a group of women or sister goddess mamas among whom bragging is not just encouraged, it’s expected. One key component of the training in the networking groups that sprang from the former Woodhull Institute for Ethical Leadership in Women, founded by Naomi Wolf, is teaching women how to openly talk about their accomplishments and strengths and to commend their female peers for doing so. They encourage speaking about one another by sharing their female colleagues’ assets and skills with another person. In other words, networking.

The ideology behind Woodhull and other women’s leadership groups is for women to achieve full equality in the workplace and elsewhere where they have to learn the same skills their male counterparts learn from an earlier age. For example: how to negotiate a salary, why competition can be a good thing, how to public speak, etc. Forcing yourself to talk about your strengths is a great way to start liking yourself. In Mama Gena’s weekly classes, we had to come with a brag each week. Anything from, I took a luscious bath or I bought myself some expensive lingerie to I got a new job, and then everyone would applaud. It was such a good way to boost each other up. That kind of stuff starts to seep in!

This is an excerpt from the book, The Way of The Warrior Mama, to be released December 11, 2018.